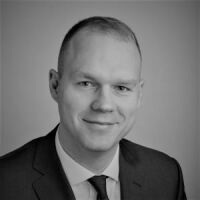 Edward Price, a former British economic official, teaches international political economy, financial systems and international relations at NYUâ€™s Center for Global Affairs. He is also an economic advisor for BritishAmerican Business (BAB). Educated at the London School of Economics (LSE), Edward holds an MSc in Finance and Economic Policy and an MA in German History. He has worked in both the British and European parliaments, was Americas editor at IFLR and has worked in the City of London. He speaks German, gets by in Italian and is a member of the Economic Club of New York (ECNY).